Gaël Froget was born in Mauritius, in 1986, with an innate flair for all things creative. Early on he dabbles in music, drawing, and fashion but does not begin to paint until much later. During a six month course in Fine Arts —required by his university in Malaysia— he tries his hand at classic drawing. It is an “aha” moment: he discovers freedom and a vocation. For Gaël, painting is spontaneous and freeing, and enables him to express and portray the marginalised. His art transcends geographic and cultural barriers, carving itself in present-day-ness. His brightly coloured and graphic style captivates, unsettles and ultimately profoundly affects the viewer.

Gaël creates his vivid colour palette, mixes acrylic with spray paint, uses pastels, ink, collages and other digital prints. His work retains traces of Basquiat, Bacon, Picasso and even Haring but also echoes artists of the Figuration Libre movement, namely Robert Combas and Hervé di Rosa. The influence of African aesthetics guides his use of primary colours, which paired with bold outlines compels the viewer to question. For the viewer who is willing to pause, contemplate, muse, the underlying message will manifest itself in the liminal space, between Africa and the West, equilibrium and demolition, naivety and profoundness. 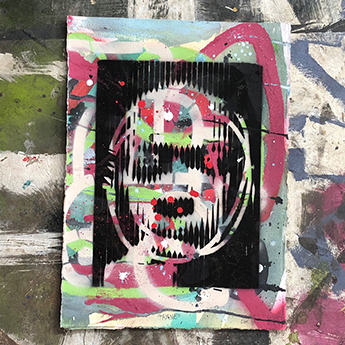 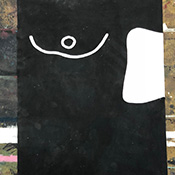 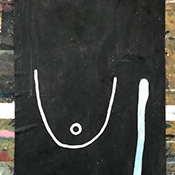 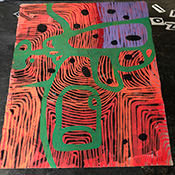 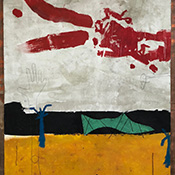 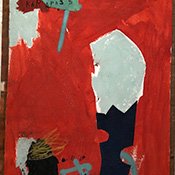 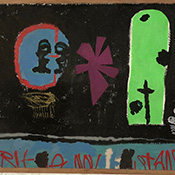 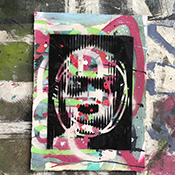 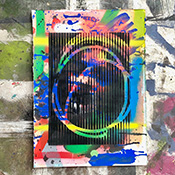 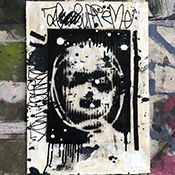 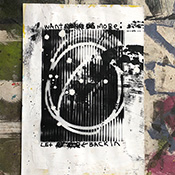 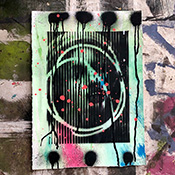 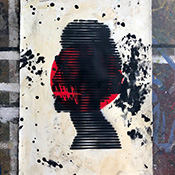 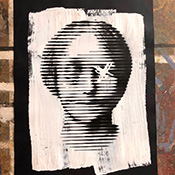