The economic relationship between Mauritius and China goes back to 1972 when it became the first African country to establish a full-time embassy in Beijing. However, Chinese presence in Mauritius actually dates all the way to the 1800s, making it easy to see why Mauritius has such strong historical, economic and cultural ties with the People’s Republic of China.

This makes it only fitting that the Mauritius-China Free Trade Agreement (FTA), which came into force as from the 1st of January 2021, is the first ever free trade pact that China has ratified with an African country. Given that Mauritius has been trying for several years to position itself as a base for Chinese investments flowing into Africa, the Mauritius-China Free Trade Agreement (FTA) comes as a most welcome development indeed, opening up an array of opportunities for the island economy to position itself as the preferred investment gateway between China and Africa.

So far, Mauritian exports to China, as illustrated in the figure below, had not been too encouraging due to the high costs of doing business in Mauritius based on expensive wages, high freight costs of bringing raw materials to Mauritius, and lofty duty on goods to be exported. Finally, the low scale of production and supply in view of the small size of the domestic market was another problem area that had hindered Mauritian exports to China.

Now, with the FTA in place, almost all goods between the two countries will be exempt from custom duties; 96.3% of product categories made in Mauritius will enter China duty-free while 94.2% of product categories made in China will enter Mauritius duty-free. As for the small size of the domestic market, the world is now its oyster with the FTA positioning Mauritius as a base for Chinese exports to Africa, coming as it does at a most opportune time when the African Continental Free Trade Agreement (AfCFTA) has also entered into force.

In terms of the composition of exports from Mauritius to China, the FTA opens up exciting avenues for niche local products such as special sugars, rum, fish and jewellery. Most significantly for the island economy which possesses one of the largest Exclusive Economic Zones in the world at over 2 Mn km2, the FTA with China also represents an enormous opportunity for the Ocean Economy in Mauritius whose marine resources have remained largely under-exploited so far.

Broadening the scope for services

On the services side, both countries have opened up more than 100 sectors – including tourism, law, financial services, telecommunications, ICT, professional services, construction and health – to economic operators from the other country.

Moreover, the FTA agrees to promote the development of a Renminbi clearing and settlement facility in the territory of Mauritius. This allows the island economy to develop itself as the African jurisdiction for clearing Renminbi, thus providing an unparalleled opportunity for African firms to deal directly with Chinese corporations without risking FX exposure.

Momentously, the FTA also signals a move for both countries to share expertise in FinTech with the wider aim of promoting innovation in financial services. With China proceeding at pace with the digital yuan, the onus may just fall on Mauritius to pioneer the Central Bank Digital Currency revolution for all of Africa.

Finally, the FTA positions Mauritius to welcome Chinese professionals across the entire spectrum of services required for sustainable investments into Africa, besides reinforcing the substance measures and Core Income Generating Activities introduced by the Mauritius International Financial Centre (MIFC) as part of its revamped global business model.

On the investment side, Mauritius’ unique geographic location positions it as a natural gateway between Asia and Africa. As a logical extension, promoting investments into Africa forms one of the key focus areas of the MIFC.

We are already witnessing significant flows of Chinese investment through Mauritius into Africa, taking advantage of its extensive network of Double Taxation Avoidance Agreements (DTAAs) and Investment Promotion and Protection Agreements (IPPAs). The FTA will only consolidate Mauritius’ position as an investment gateway of choice to Africa.

In terms of investments, the jurisdiction is best poised to attract Chinese inflows in the field of high-end property and hotel development into Mauritius and Africa. As Chinese companies extend their footprint in Africa, some of them might also set up their regional headquarters in Mauritius to take advantage of the conducive business climate, political stability, relatively robust infrastructure, as well as strong financial and legal ecosystem that prevails in Mauritius.

Despite the clear benefits that the agreement potentially places within the reach of the island economy and the wider region, it will take a few years to properly evaluate the real advantages of the Mauritius–China FTA under this new preferential regime. Amid all this, to further broaden its economic footprint, Mauritius has also recently finalised the signing and ratification of the Comprehensive Economic Cooperation and Partnership Agreement (CECPA) with India.

Taken together with the AfCFTA which creates the largest free trade area in the world, these bilateral agreements with significant trading partners have put Mauritius in a stronger position for more trade and investment, and at a time when such growth is sorely needed with COVID-19 forcing successive lockdowns and dampening economic prospects.

It is now up to the business community to effectively engage and proactively leverage these agreements for the greater good of both Mauritius and the mainland continent – allowing the island economy to truly realise its African destiny in the process. 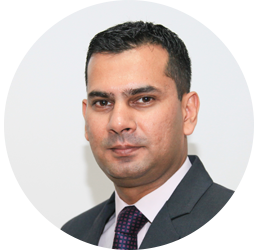 As hackers come of age, CEOs must up their game to protect against cyberattacks